Seven teams were entered into the Inter club Spaniel Test.  NDWGC were selected as Team 7.

The NDWGC team were represented by Maurice Stanbury, Caroline Rawlings and Brian Smith.

The Inter club challenge started at 9.30am and ended close to 4pm.

There was a Water test in the lake in front of a large crowd.  The Blind retrieve was along the bank, followed by a Marked retrieve in the lake.  This proved to be more tricky than many of us thought it would be.  This challenge sorted out the men from the boys, so to speak. 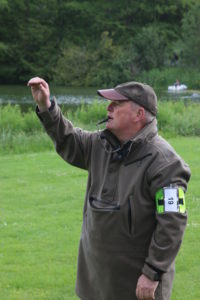 Brian Smith at the water test 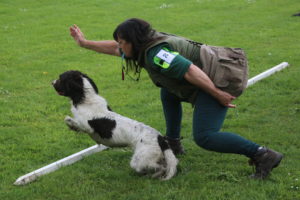 Caroline Rawlings at the water test 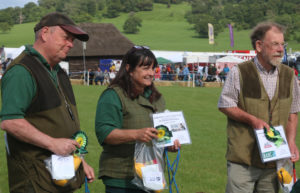 The team at the presentation

Thanks go to the Judges : Alice Wise, Andy Faulkner and Wayne Swiggs for giving up their time to challenge the competitors.

Particular thanks go to : Julia Birchall-Mann (BASC) and her helpers for organising the Sherborne Castle Inter club event.

It was a great day and a very good result for the club.