We held our first trial of the season on 4th October at Maristow, Devon by kind permission of the Maristow Shoot and Head-keeper Mr Gary Liddle.

On a day when we were expecting to ride the tail end of hurricane Lorenzo the competitors were treated to a clear, dry, blustery day and stunning Devon views.

Good scent and plenty of birds gave the 16 dogs work to do, the ground and conditions presented challenges so early in the season.

Thanks go to the Judges: Steve Bolton and Jud Lascelles

With a view like this – trailing is great fun

Andy Perrett handles her cocker on to a bird

A successful retrieve for Wendy Openshaw

The one that got away but found by the judges

The guns intently watching the cockers at work

Held at Castle Hill Estate, with thanks to Brian Mitchell and his team.

We were blessed with lovely weather and the trial being held in a large field of cover crop. Undergrowth was hard going for all the dogs but with the final winner,
Lindsay Corbett, with Caerfyrddin Black Jack able to put two fine runs together with her dog showing great marking abilities.

Thanks go to the Judges: Aled Jones (A) and Neil Harris (NP) and the gun and helpers 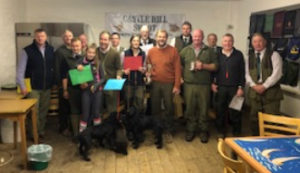 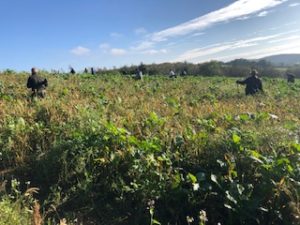 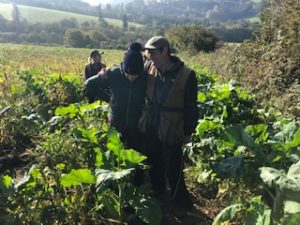 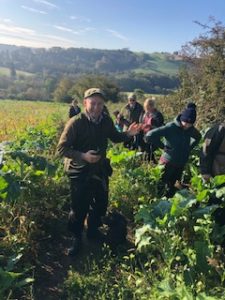 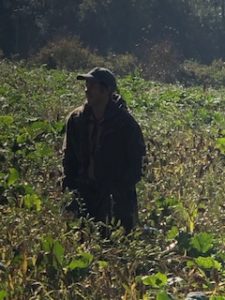 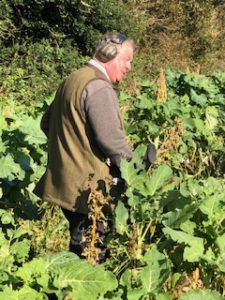 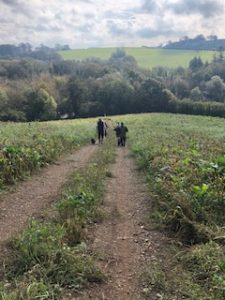 A Day to remember

In spite of some very testing conditions, with rain and sleet all day, spirits stayed high among the guns, competitors and estate staff at the Club’s Novice Retriever Stake on the Hall Estate, North Tawton.  We were welcomed by Shoot manager Jeremy Boyd and Head-keeper Steve Snell who together with an excellent team of guns, led by Les Oldham, put plenty of good birds on the ground to keep the judges and competitors more than happy.

A few birds were picked from grass fields but most had to be hunted for in woodland.  Seven competitors went through to the final round.

Our judges for the day were Nick Coates, Michael Brown, Bruce Ross-Smith and Martin Bagg.  They were able to pick a clear winner when the two top dogs were asked to cross a deep gully to pick a bird from woodland – both dogs succeeded but Clare Baker’s Arklebear Caribou did so without breaking stride.

Our two guests from Germany enjoyed the day, but no more so than when we returned to the Great Hall for a warm-up and drinks in front of a roaring open fire.

Thanks go to :  Jeremy, Jo, Steve and the beating team for looking after us all so well, to the judges, the guns and our sponsors Skinners and BASC.

The team of guns enjoy some hot soup after their second drive.

…………. which makes a rapid return with a hen bird 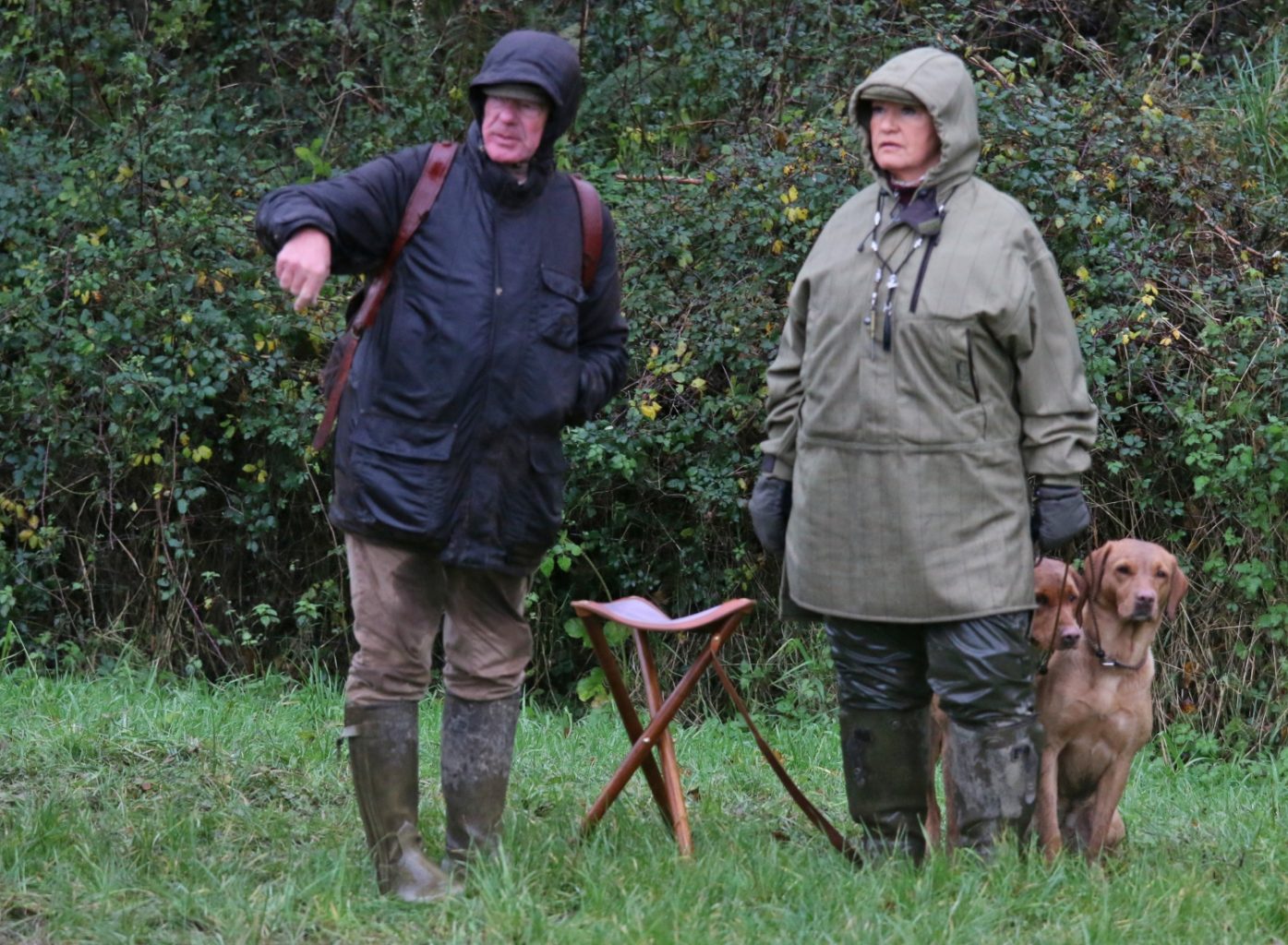 Our two guests from Germany watch the dogs at work 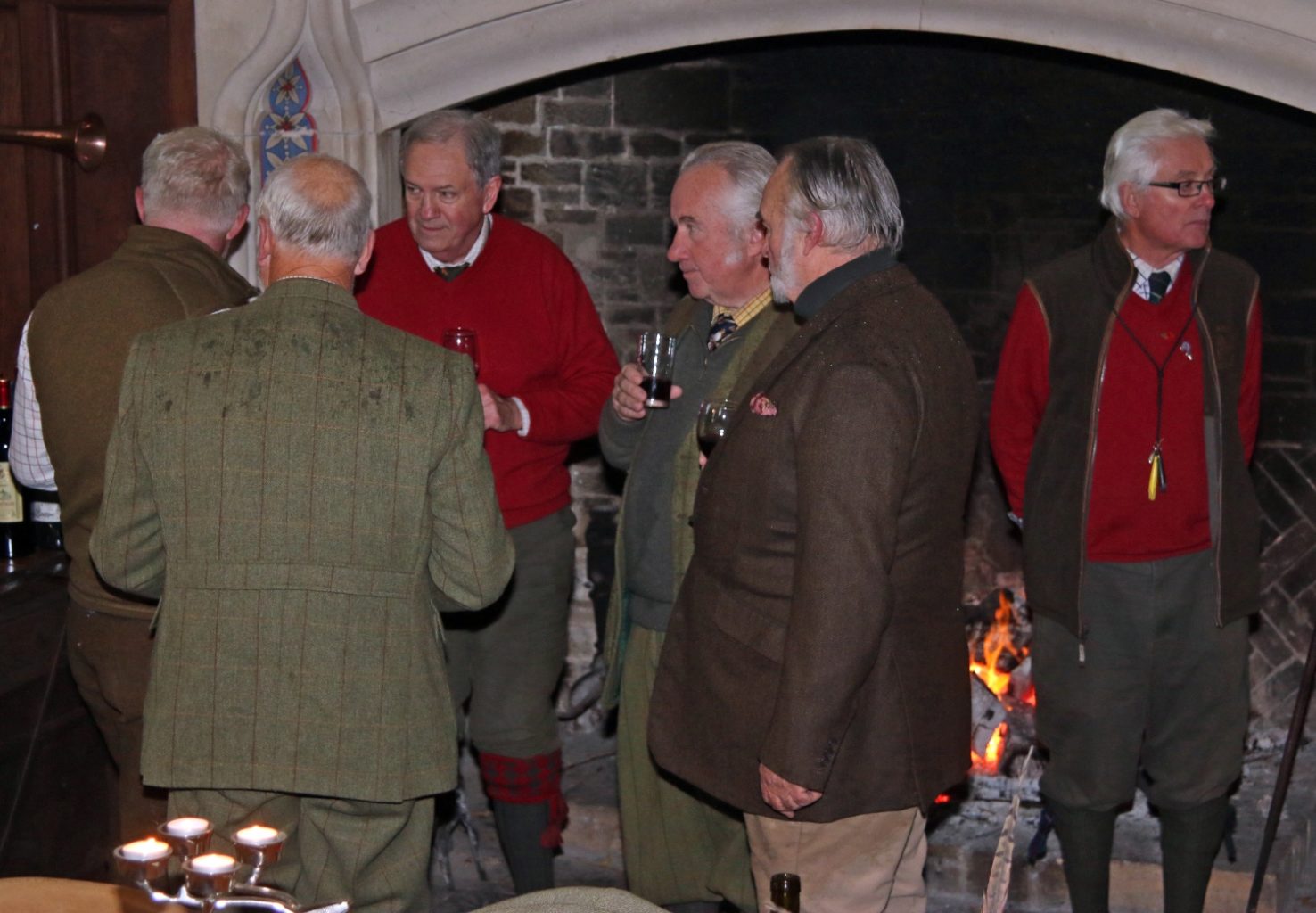 The guns recall the day, while Keith Sandercock warms his nether regions in front of the roaring open fire. 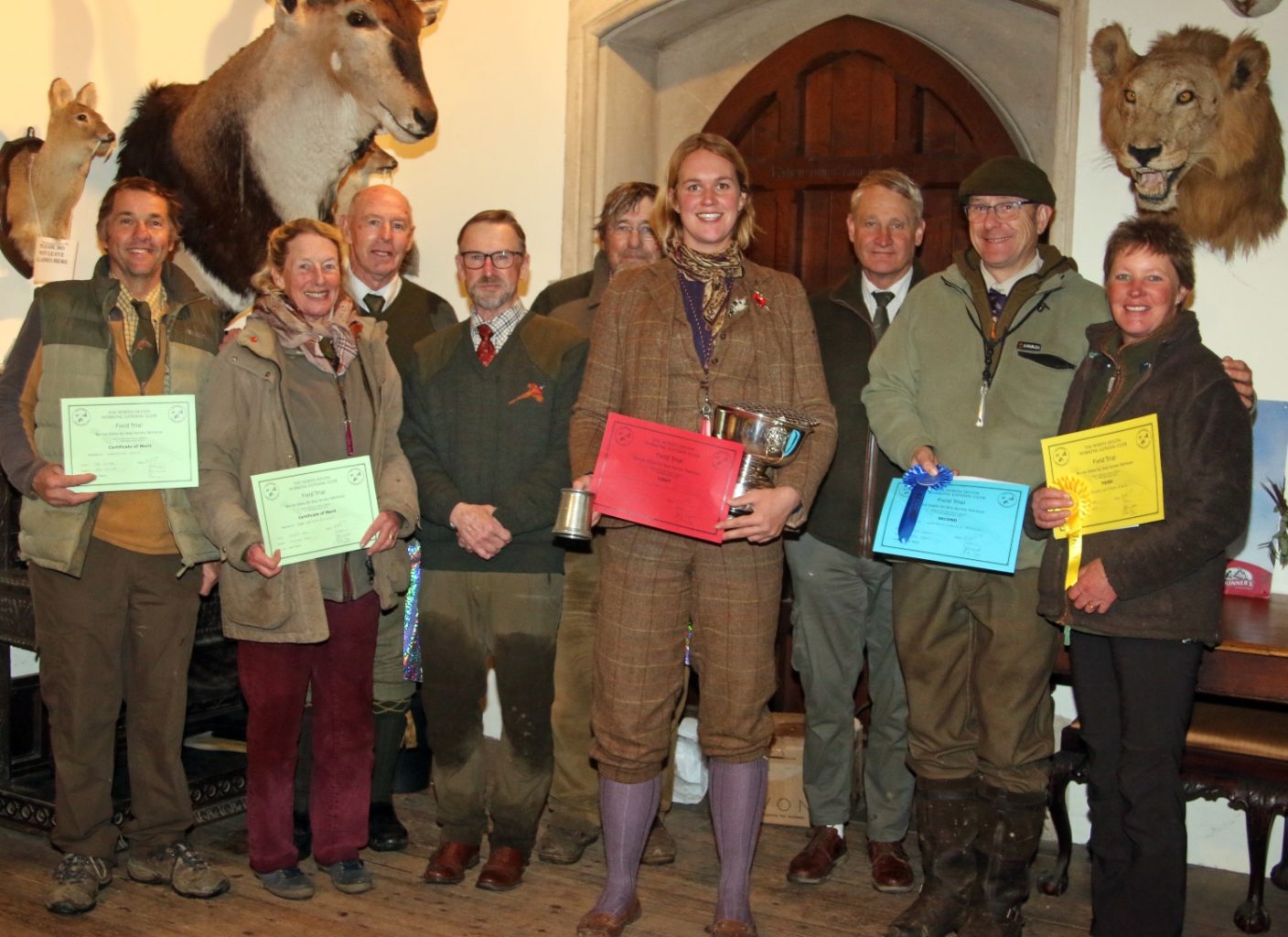 
All keen and ready to roll 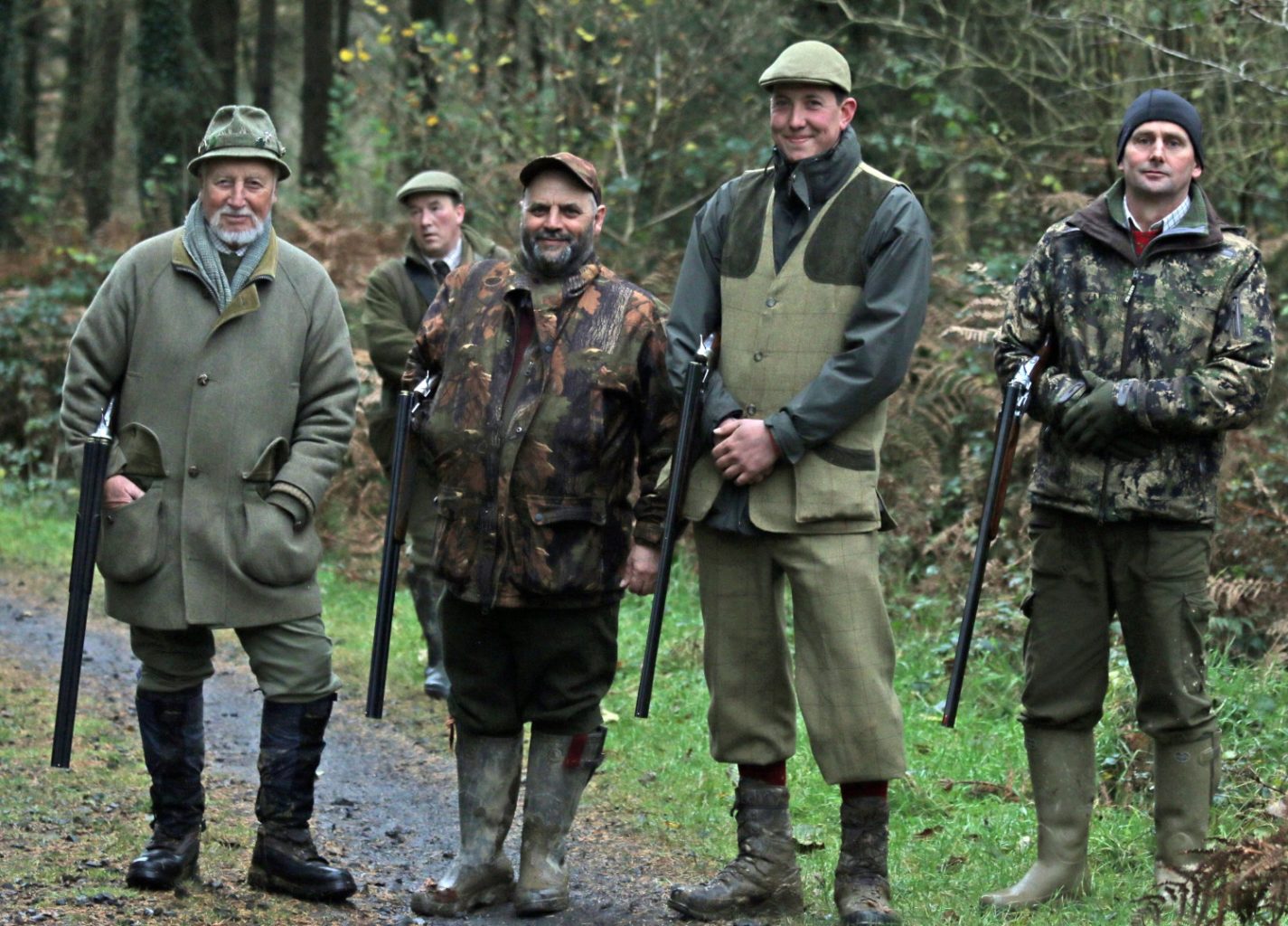 
The Chief Steward Jeremy Davies with an early Christmas hat, or was it the red flag ? 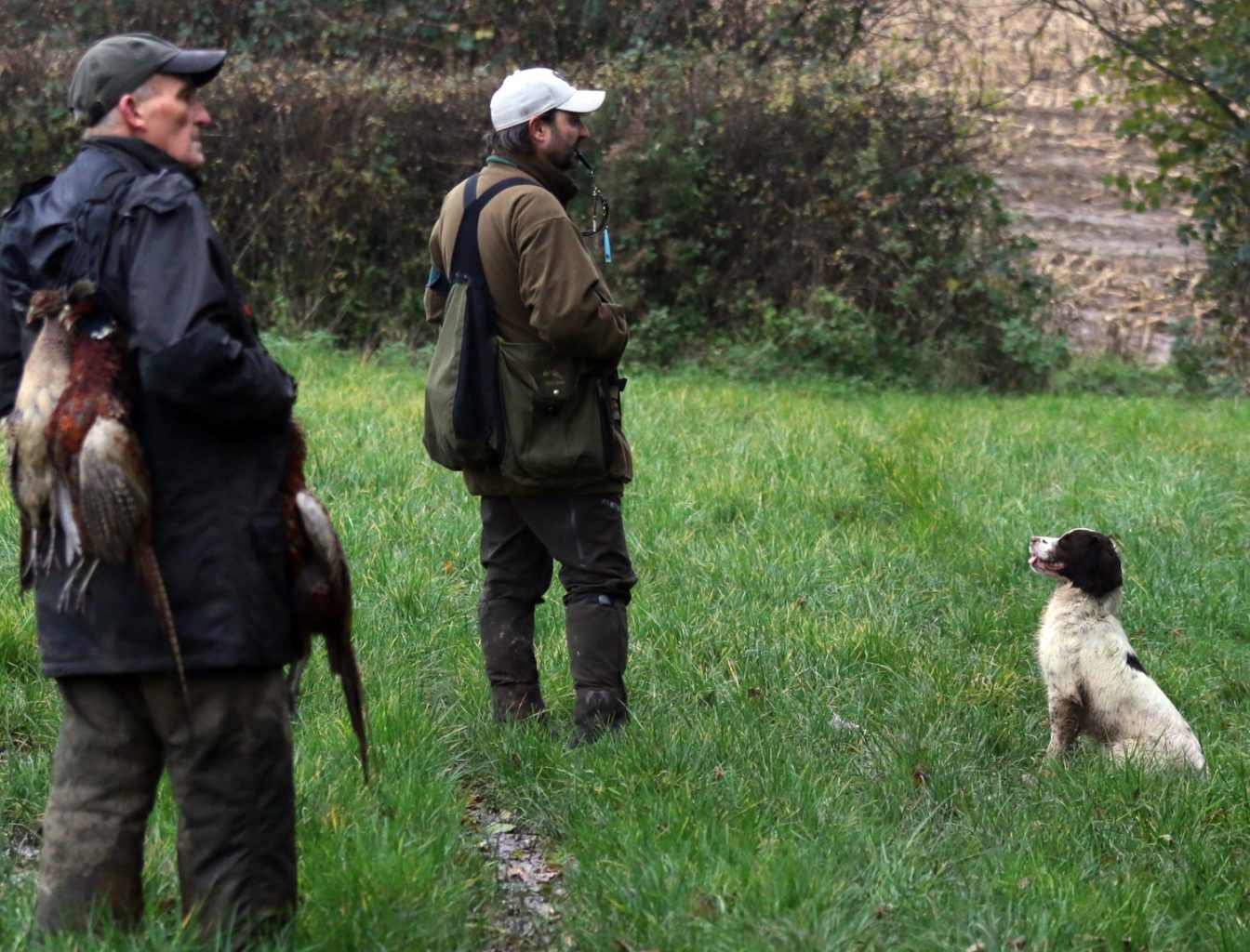 
Alice Wise takes a bird from her bitch Esgob Floss 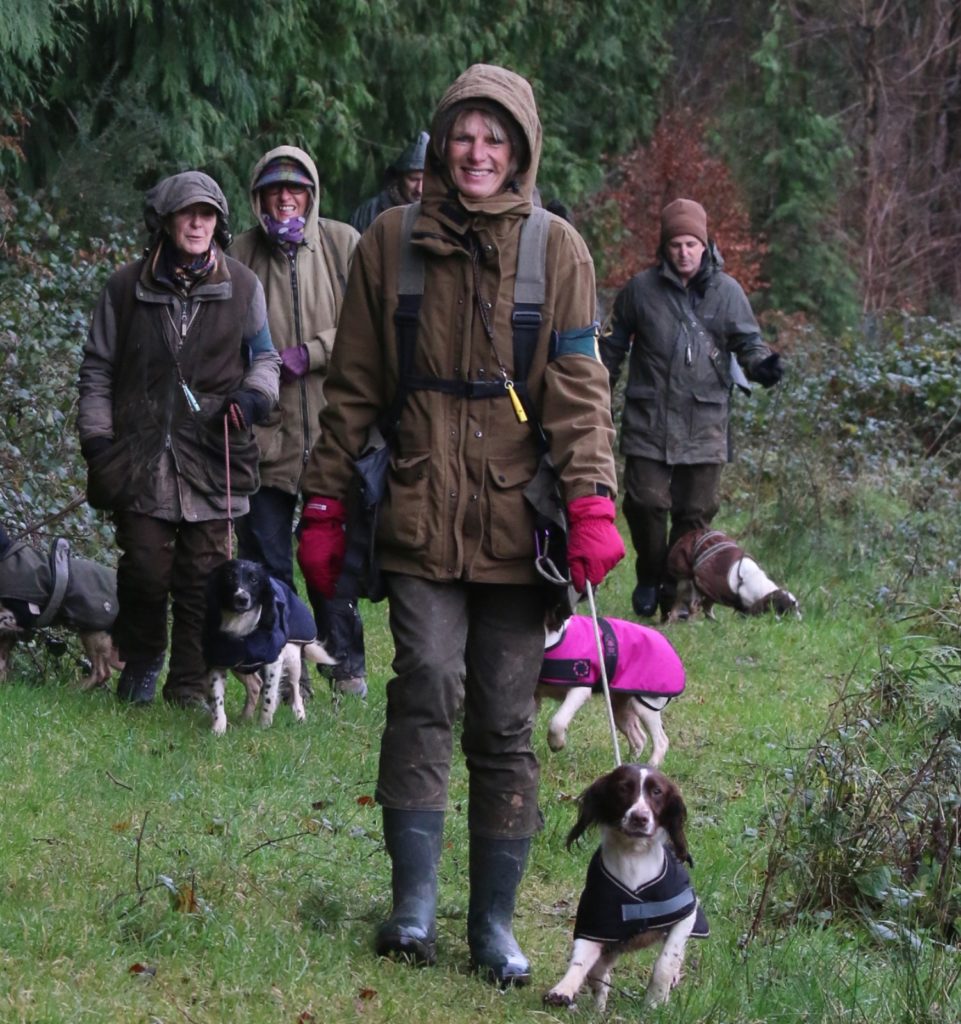 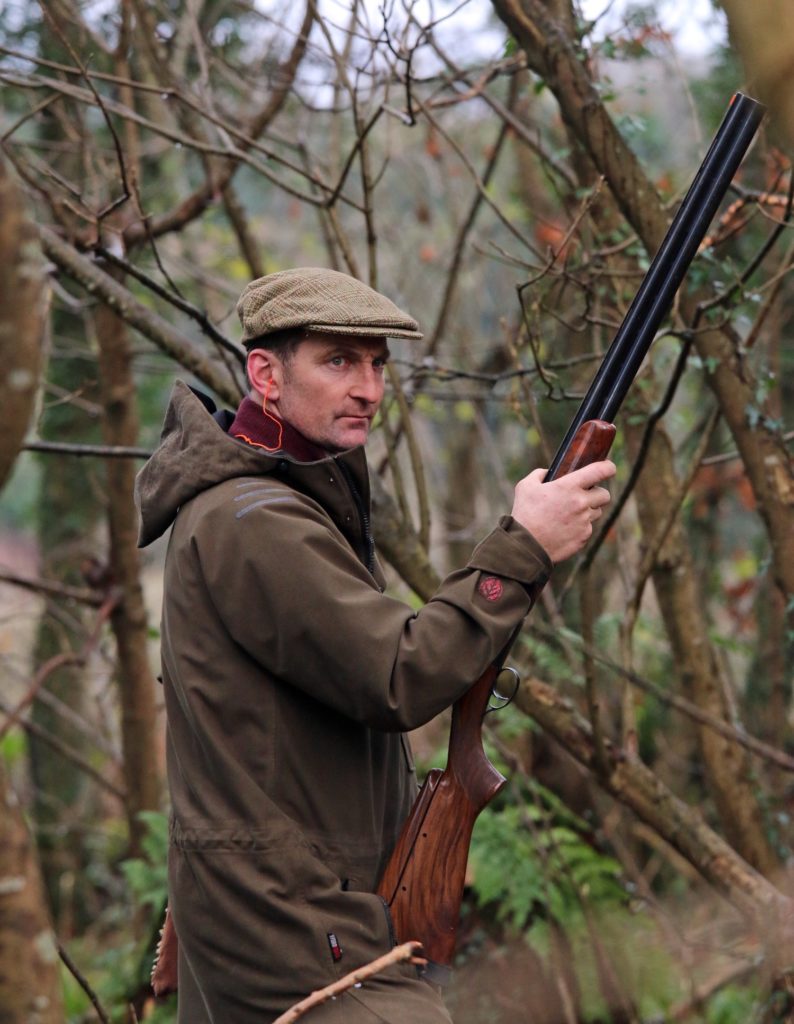 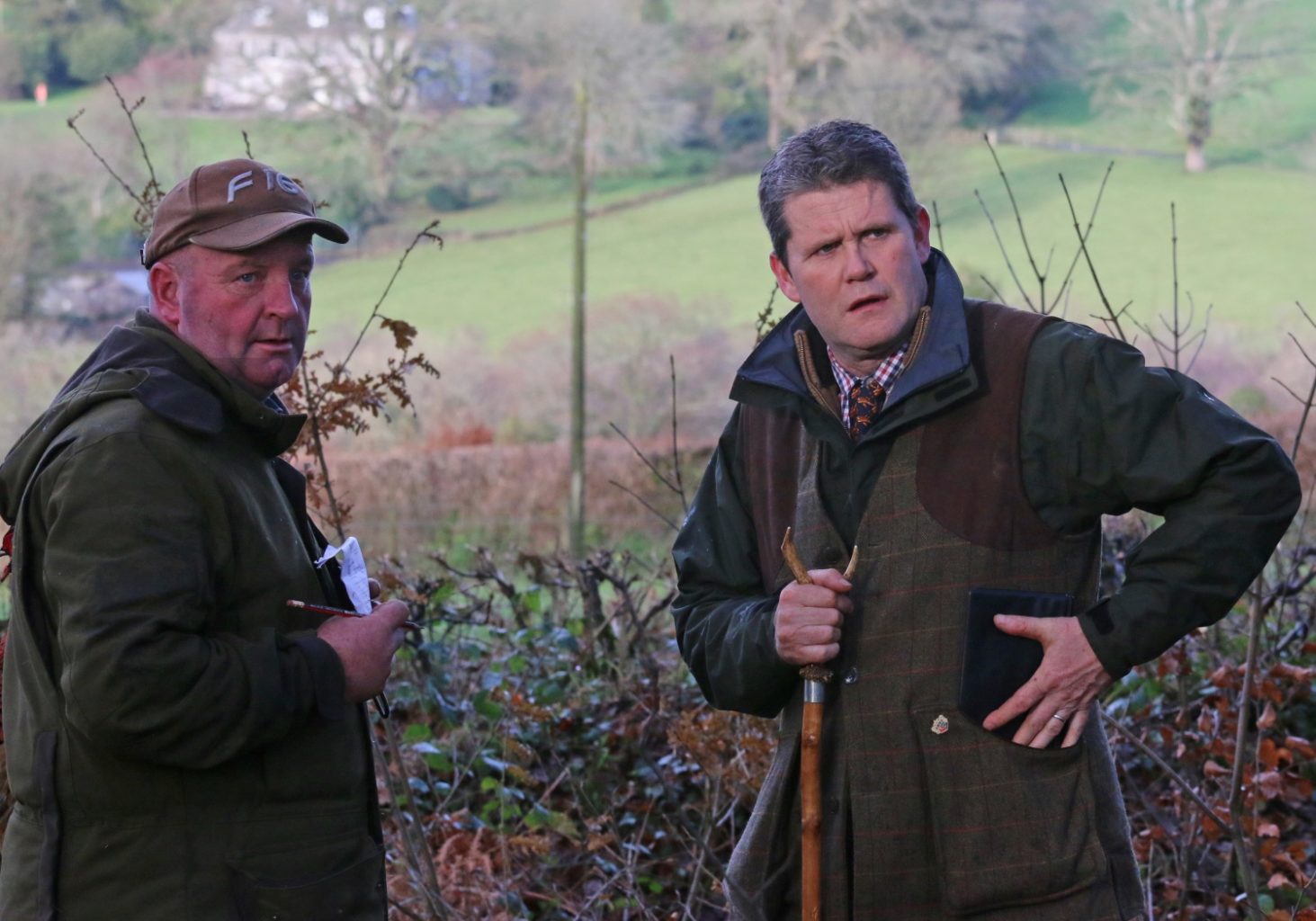 The competitors were welcomed to the Castle Hill Shoot by Headkeeper, Brian Mitchell who went on to organise a first class day for our Open Retriever Stake. The beat keepers and friends shot for the trial and joined in the spirit of the occasion by making sure we had sufficient birds on the ground. At the Viaduct Drive the last of the day, many of the birds were dropped in challenging areas where the competitors had to demonstrate their retriever’s full ability to complete their task.

Although the first round retrieves were on open ground, we were soon into more testing situations. At the Punch Bowl, the second drive, some of the retrieves were from dense bracken and bramble while many of the birds shot at the final drive were dropped across the River Bray. The river is not particularly wide but was fast flowing – interestingly all dogs crossed quite readily but not all responded quite as readily to their handlers commands once they were on the far side.

The judges for the day were Tim Shipp, Steve Ashby, Craig Perry and Keith Sandercock.

The day ended with the presentations and a delicious cooked meal back at the Shoot Lodge.

Thanks go to :  Castle Hill Shoot, Brian and his team, the guns and of course our judges for the day. 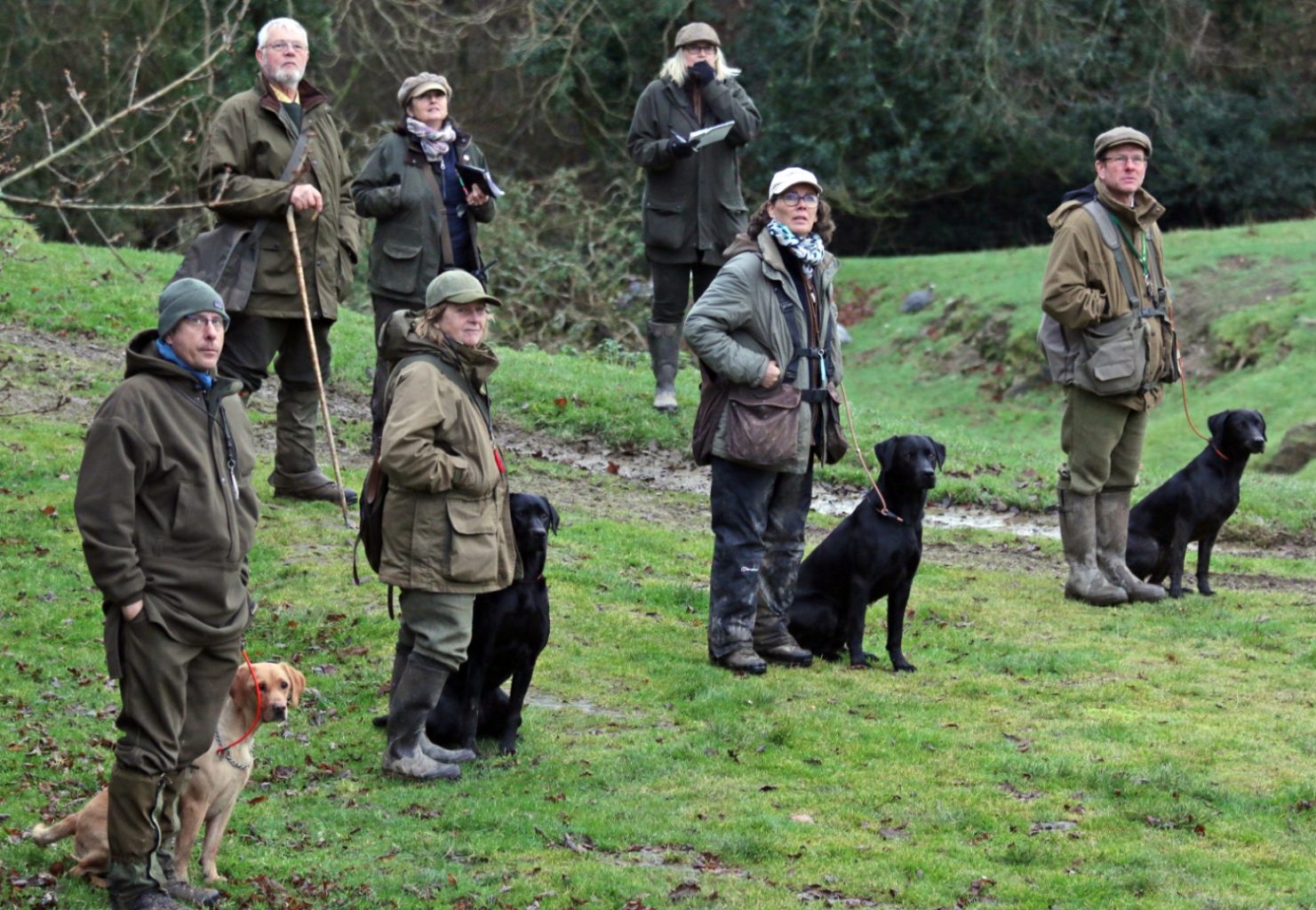 All eyes on the fast flying pheasants.


Liz Taylor sends Tagabea Loganberry for a retrieve, while under the eye of judges
Craig Perry and Steve Ashby. 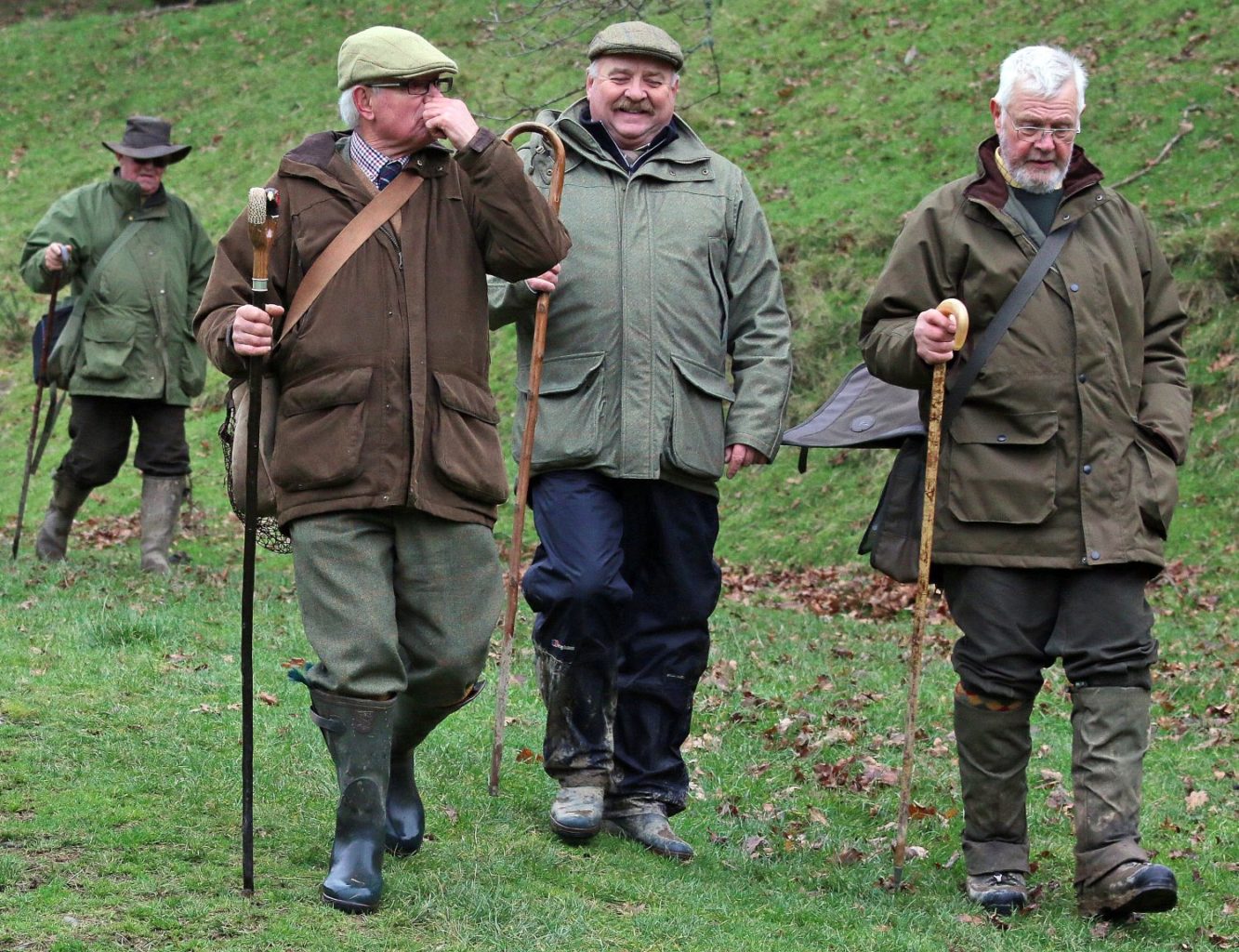 The judges make their way back down a track after completing their task at the renowned
drive, the Punch ‘Bowl’. 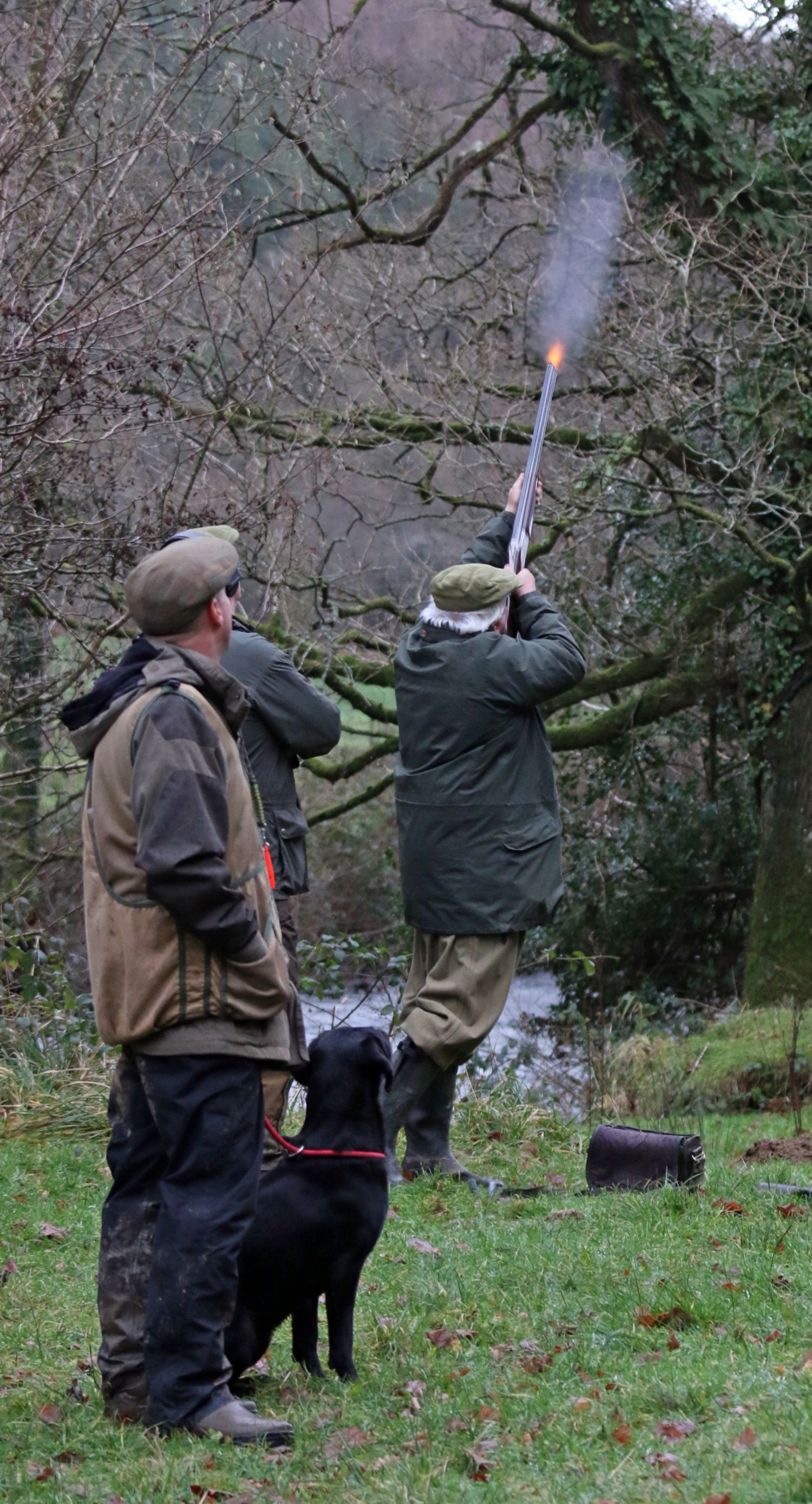 The ‘point of fire’, as one of the guns takes a high bird through the trees at the Viaduct Drive. 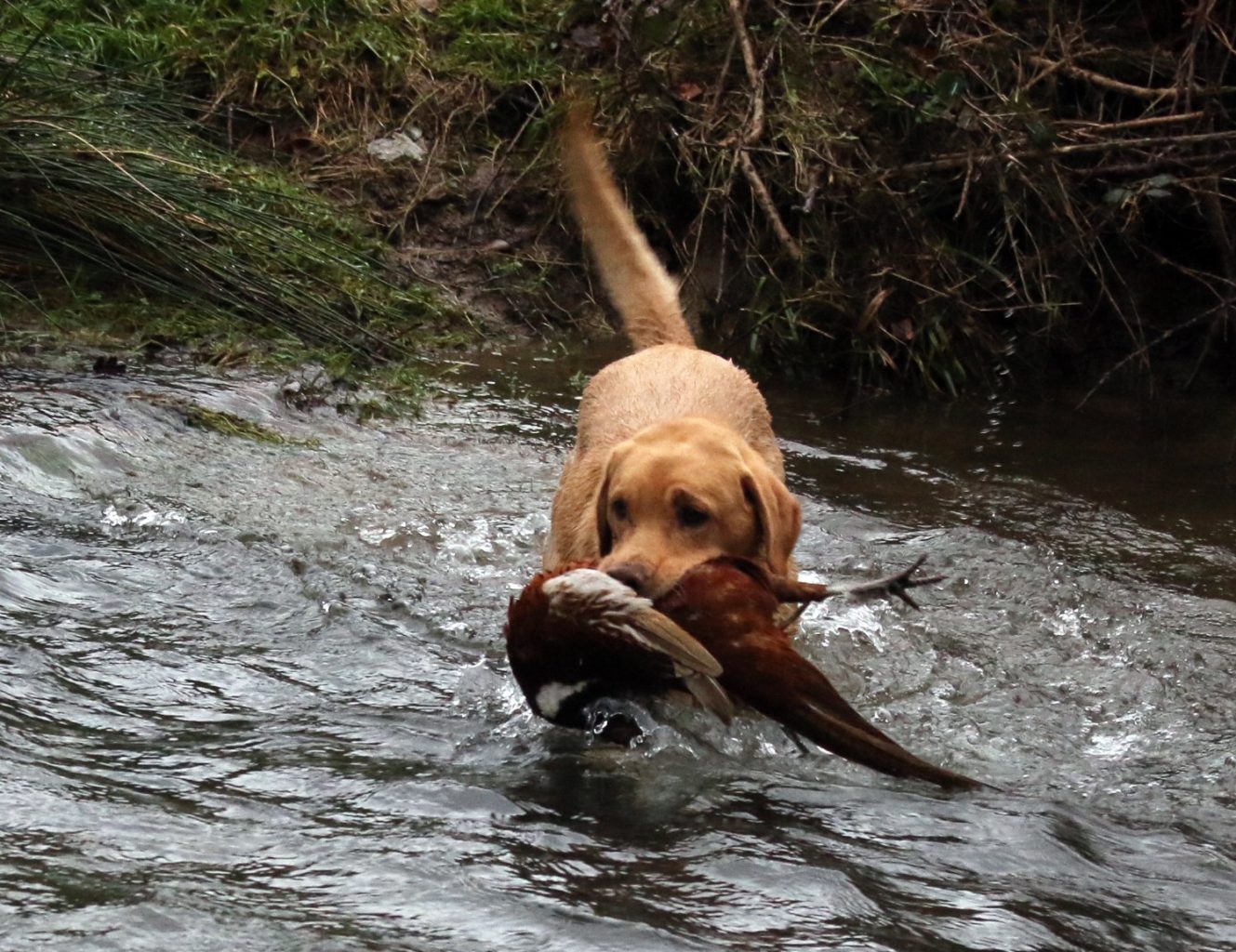 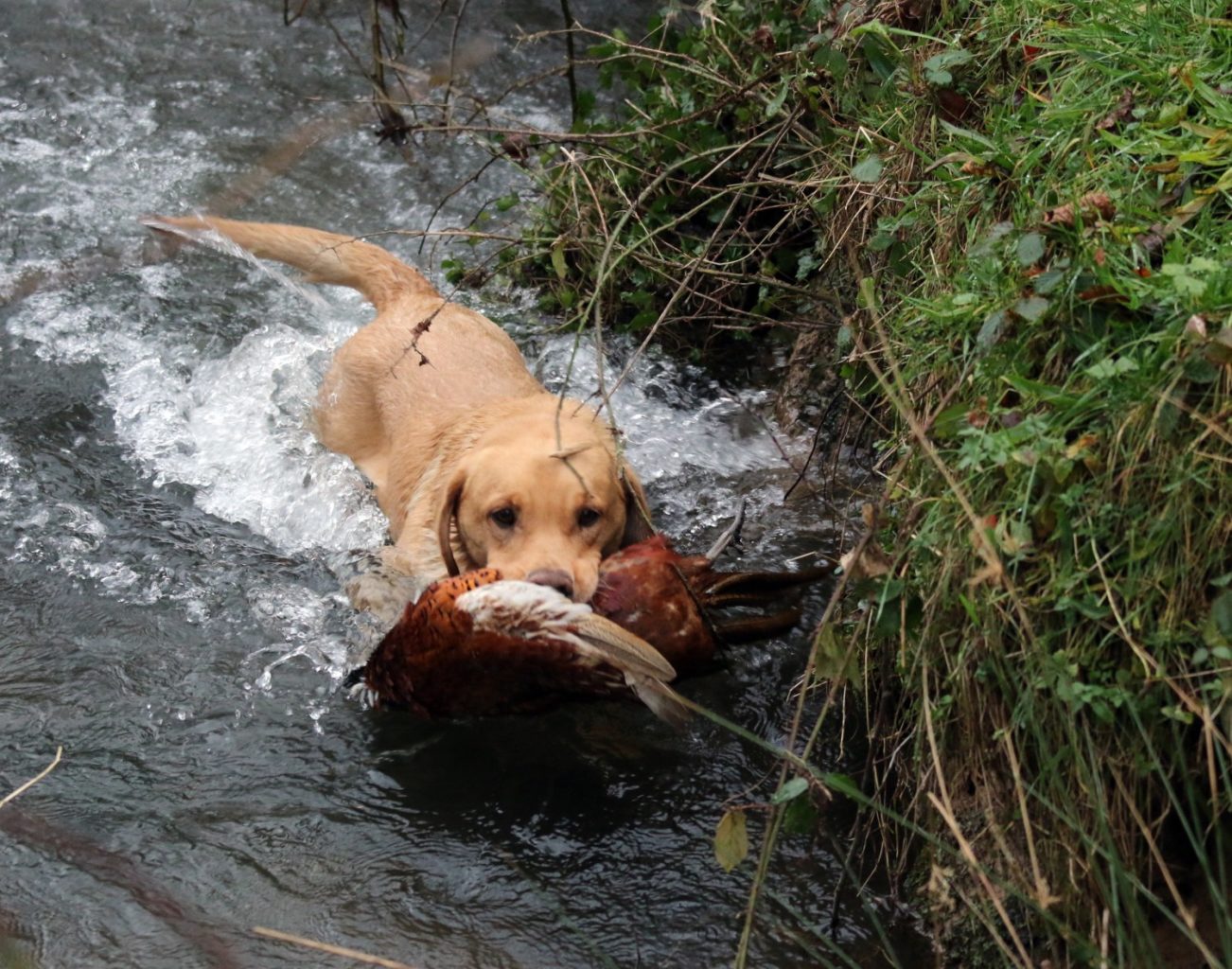 Successfully completed – he is about to climb up the bank and deliver the bird to hand. 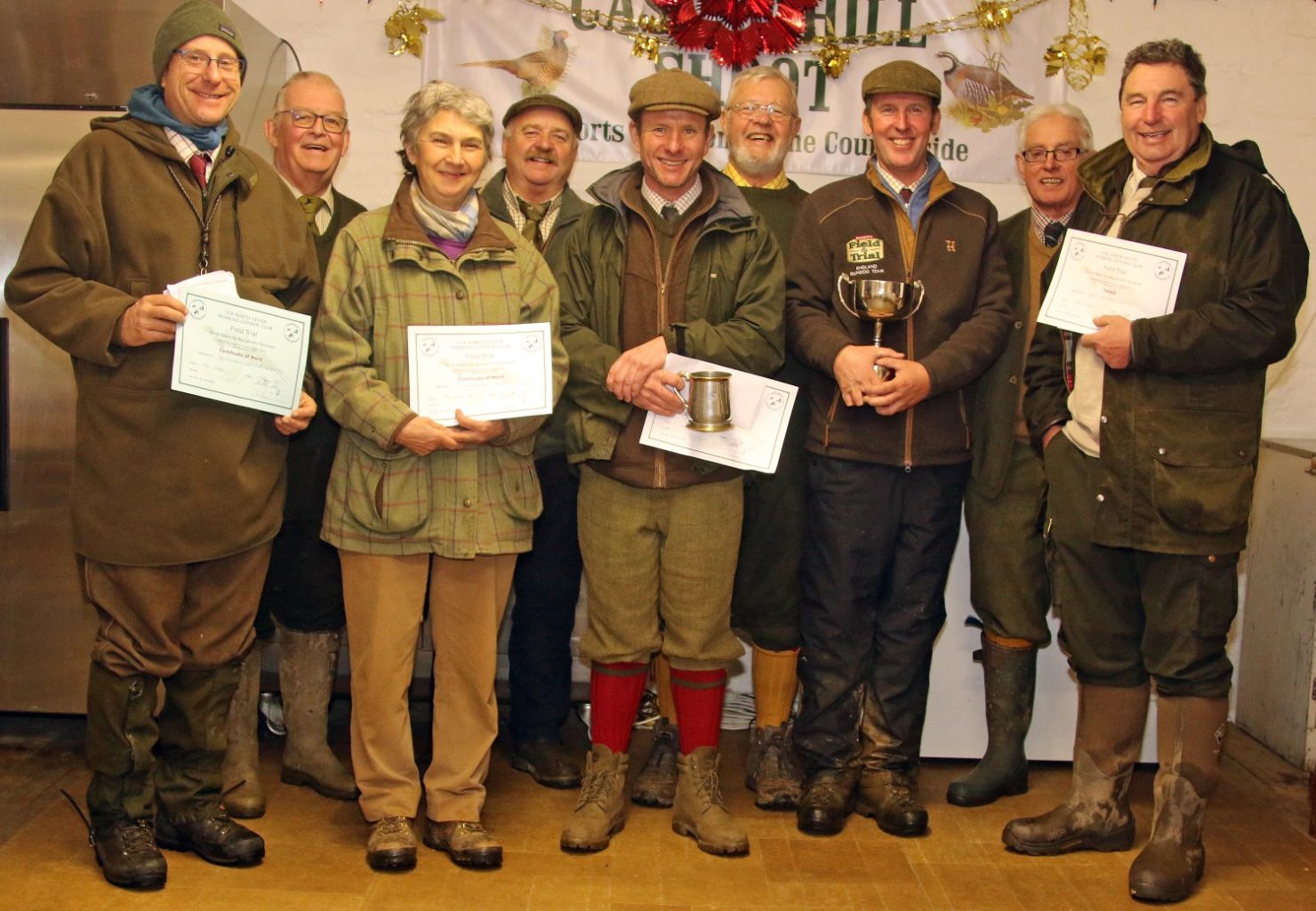